Let us know who has got the karnataka ratna award list. The Karnataka Ratna Award is the state's highest civilian award. 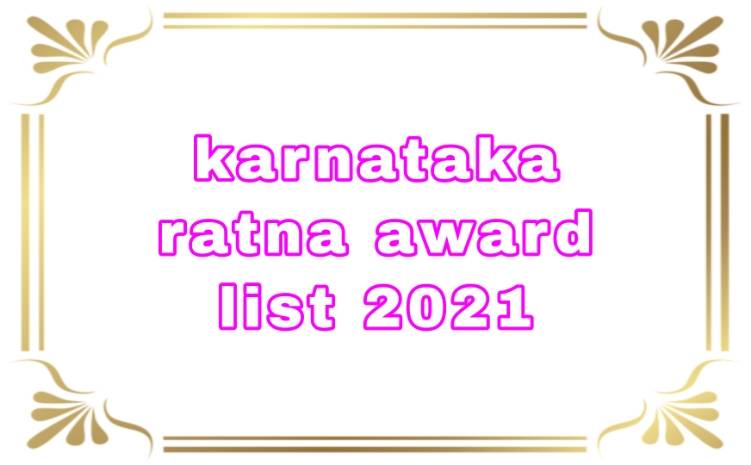 This year the Karnataka Ratna Award has been given to actor Puneeth Rajkumar.  Let us tell you that Puneet was the son of veteran actor Rajkumar.  He was cremated with state honors last month.  The actor, who has worked in films like Maurya, Arasu, Ramand Anjani Putra, is survived by wife Ashwini Revanth and two children.

Fans used to fondly call Puneet Rajkumar "Appu".  He played his first lead role in 2002 in the film "Appu".  Puneet Rajkumar started his career as a child artist.  When he was six months old, he acted in two 1976 films – Premada Kanike and Aarti.

He became very popular for his performance in 'Bhakta Prahlad'.  He was also praised for his role as a young boy Ramu in 'Bettada Hoovu'.  For this, Puneet also received the National Award for Best Child Actor.  Apart from this, Appu was also a singer and was highly praised for his dance.